The Jubilee South Brazil network hereby repudiates the Dilma Rousseff’s illegal removal of the Presidency of the Republic. The recent arrival of Michel Temer to the position of country’s president through a decision of the Congress and not by popular vote clearly represents a disruption with the democratic order: a coup. The conspirators have failed to present credible evidences against the elected president, and at the end they do not hide that it is about a forced seizure of power, since they did not win it through the ballot box. This is unfortunately a persistent attitude among the Latin American elite, which is always supported by strong US interests. We strengthen once again: WE DO NOT RECOGNIZE THIS COUP GOVERNMENT!
The Jubilee South Brazil network always criticized in the last few years the manner that the Workers’ Party government rules, albeit we recognized its legitimacy. Now, we felt compelled to make clear our vehement repulsion to the brand new illegitimate government, filled with the most corrupt and criminal members of national policy, which today cynically introduces itself as a solution to the crisis that the country is currently facing. In our view, it is about another “false solution” imposed by the ruling classes, which have already announced unprecedented attacks on rights and achievements of the Brazilian working class, women, Afro-descendants, indigenous people, LGBT people and other segments in struggle. Our country cannot be offered for sale, even less by a government that was only elected by the markets and their capitalist agents, including the corporate-business media.
The Jubilee South Brazil network states that will keep on fighting for life, over the profits and debts. Against the neoliberalism and in favor of democracy. The streets are truly our place, our space for fighting for and we shall always resist. The perpetrators of the coup will not go through!
São Paulo, May 12, 2016 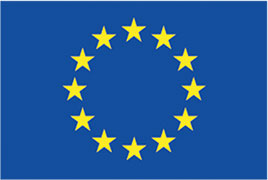